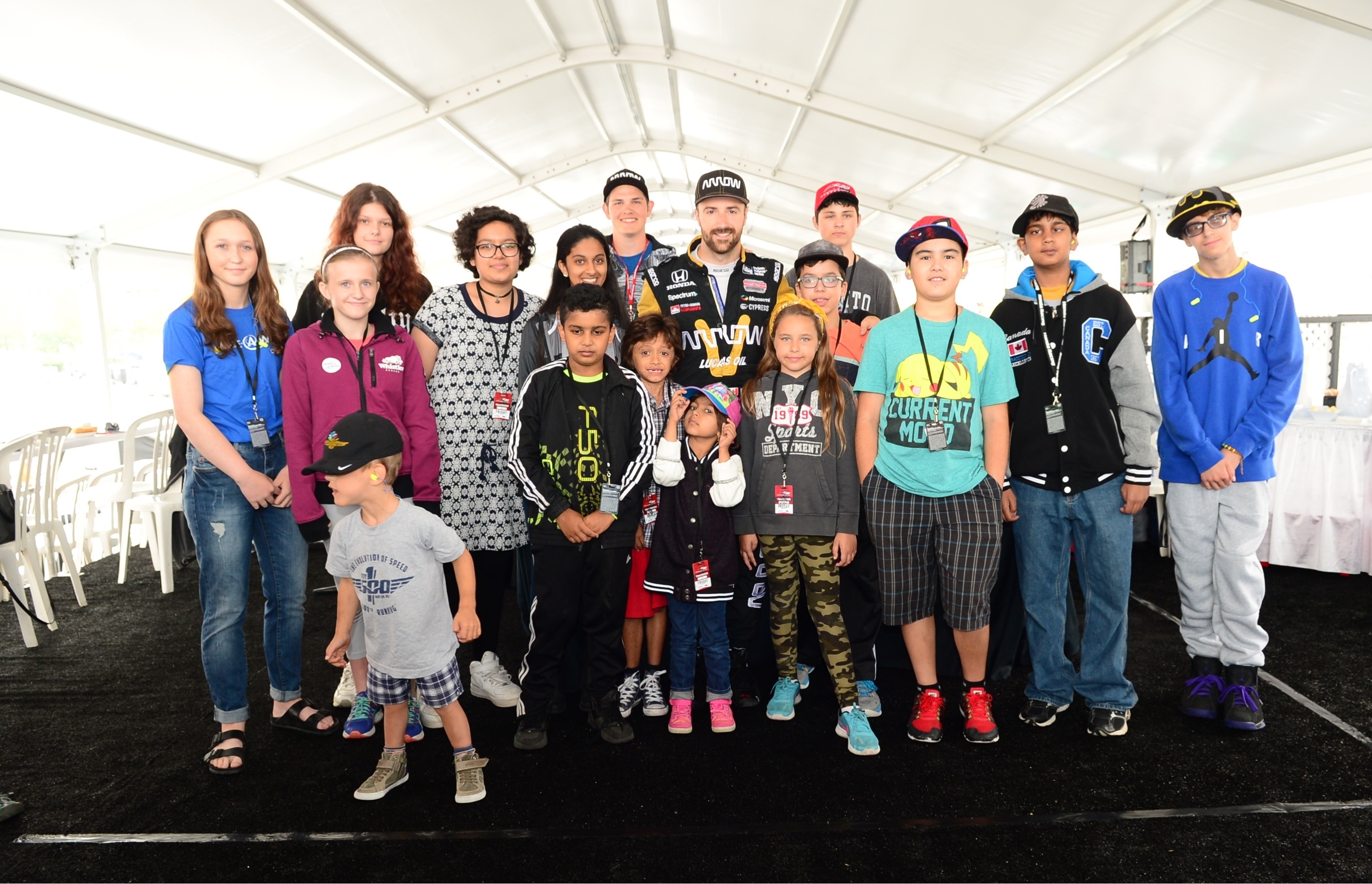 TORONTO, ON (July 18, 2017) – Thanks to the incredible generosity of race fans, the Ontario Honda Dealers Association (OHDA) and the Honda Canada Foundation (HCF), nearly $90,000 was raised for Make-A-Wish® Canada during the Honda Indy Toronto race weekend.  This marks the eighth consecutive year of Make-A-Wish® fundraising efforts at the race, which has generated a total of more than $600,000 for the organization dedicated to granting wishes for children with life threatening medical conditions. All contributions from race fans over the weekend were matched dollar-for-dollar by the Honda Canada Foundation, Honda Canada’s national charitable arm.

“This is a true reflection of how big people’s hearts are and I know that everyone at Make-A-Wish shares in my excitement and sincere gratitude to Indy fans, the Honda Canada Foundation and Ontario Honda dealers,” said Jennifer Klotz-Ritter, president & CEO, Make-A-Wish Canada. “Programs like this play an instrumental role in our ability to bring strength and happiness to the lives of children with life-threatening medical conditions.”

Race fans of all ages were once again treated to the speed and spectacle of the race and the fun of the surrounding festival on Fan Friday. Instead of admission, attendees were encouraged to make a contribution to Make-A-Wish upon entry into the race. Donations were also accepted throughout race weekend for a variety of games and activities including face painting, racing simulators, James Hinchcliffe suit signing and Honda Junior Red Riders off-road riding program.  New for 2017 was the addition of a raffle where race fans had the chance to win exclusive prizes, including once-in-a-lifetime experiences from the NHL®, Toronto Blue JaysTM, and many others.

About the Honda Canada Foundation

Formed in 2005, the Honda Canada Foundation (HCF) aims to enable the realization of dreams through various annual philanthropic activities and funding to non-profit registered charities across Canada where Honda customers and associates live, work and play.  The HCF focuses on four key pillars – family, environment, engineering and education – and each year more than $1 million is disbursed to groups in need through more than 500 grants.  More than five million Canadians have benefited from Honda Canada- and Honda Canada Foundation-funded charitable programs.

About the Ontario Honda Dealers Association
The Ontario Honda Dealers Association, which was founded in 1989, represents 80 Honda dealers located in 66 communities throughout Ontario, which is home to the two Honda of Canada Mfg. assembly plants that produce Civic, Canada’s best-selling passenger car for 19 consecutive years, in addition to the CR-V.  Honda dealerships in Ontario, which have a proven track record for providing maximum customer satisfaction, employ approximately 3,000 associates.

About the Honda Indy Toronto
Honda Indy Toronto takes place on the historic grounds of Exhibition Place in a unique lakefront and downtown setting. As Ontario’s largest annual sporting event, the event has become a prestigious meeting place for some of the world’s fastest race car drivers. Since 1986, the three-day event has entertained millions of fans thanks to world-class entertainment and exhilarating performances from drivers including Scott Dixon, Marco Andretti and Helio Castroneves, as well as Canadian legends Paul Tracy, Greg Moore and James Hinchcliffe. The event is owned and operated by Green Savoree Racing Promotions, which also promotes The Honda Indy 200 at Mid-Ohio (July 28-30, 2017) and the Firestone Grand Prix of St. Petersburg (March 9-11, 2018).