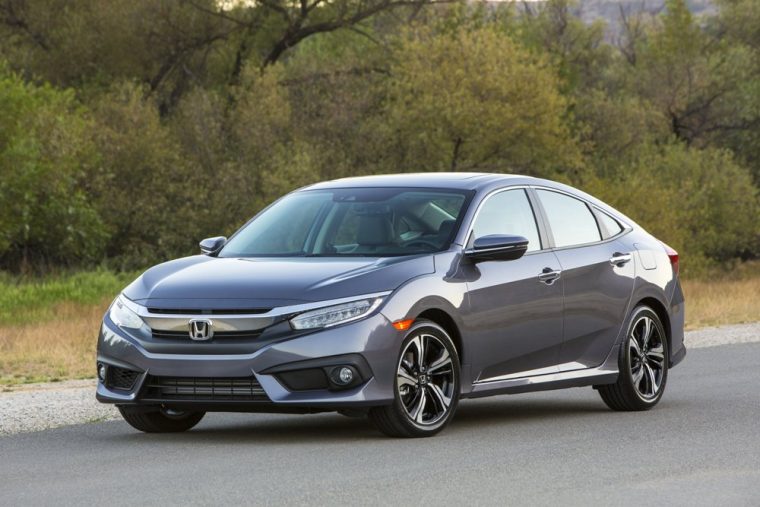 Today at the 2016 Montreal International Auto Show, the completely redesigned tenth-generation Honda Civic was selected as one of three finalists for the Automobile Journalists Association of Canada’s (AJAC) Car of the Year Award. The winner will ultimately be revealed at next month’s Canadian International Auto Show in Toronto.

“We’re honored and humbled to be considered for this recognition by the members of AJAC,” said Dave Gardner, Senior Vice President of Operations for Honda Canada. “The 10th generation is our most ambitious Civic redesign to-date so its rewarding to be recognized for the cumulative effort by our talented Honda associates.”

The coupe variant of the new 2016 Honda Civic made its Canadian debut earlier today at the Montreal Auto Show. Both the sedan and coupe feature two advanced new engines, including the first-ever 1.5-liter turbo for the coupe.

f things continue the way they have been going for the 2016 Honda Civic, then it’s almost certainly a shoe-in for the 2016 AJAC Car of the Year Award. The compact car has enjoyed even more buzz during this awards season than Leonardo DiCaprio’s performance in The Revenant.

Just a few days ago, the Civic was named the North American Car of the Year at the North American International Auto Show in Detroit. And weeks before that, the redesigned vehicle was honored as the year’s Best Compact Sedan by the Hispanic Motor Press.

On February 11th, we will find out if the Civic can pick up a trophy from the Canadian press, as well.